Since realizing that there was an online community of book lovers (no, I do not know why this had never occurred to me until a couple of years ago, I’m an idiot, apparently), I have been hearing really good things about Persepolis and Maus, so I decided it was probably about time to jump into the world of graphic novels again. The last time that I read any was when I was still at university and read Johnny the Homicidal Maniac (sick and twisted, but I like it!), Squee (um, same again) and Bear (same again (although not quite as bad)… my best friend named her kitten after Looshkin and it also grew up to be crazy, hehe).

So although I’m not new to graphic novels in any way, I had never really read anything serious. I really enjoyed both though, if enjoyed is the right word!

First a disclaimer... I read both of these around October last year, so I'm not going to go into specifics for either of them. Suffice to say that I found both of them memorable enough that I could write this much about them several months after I read them. 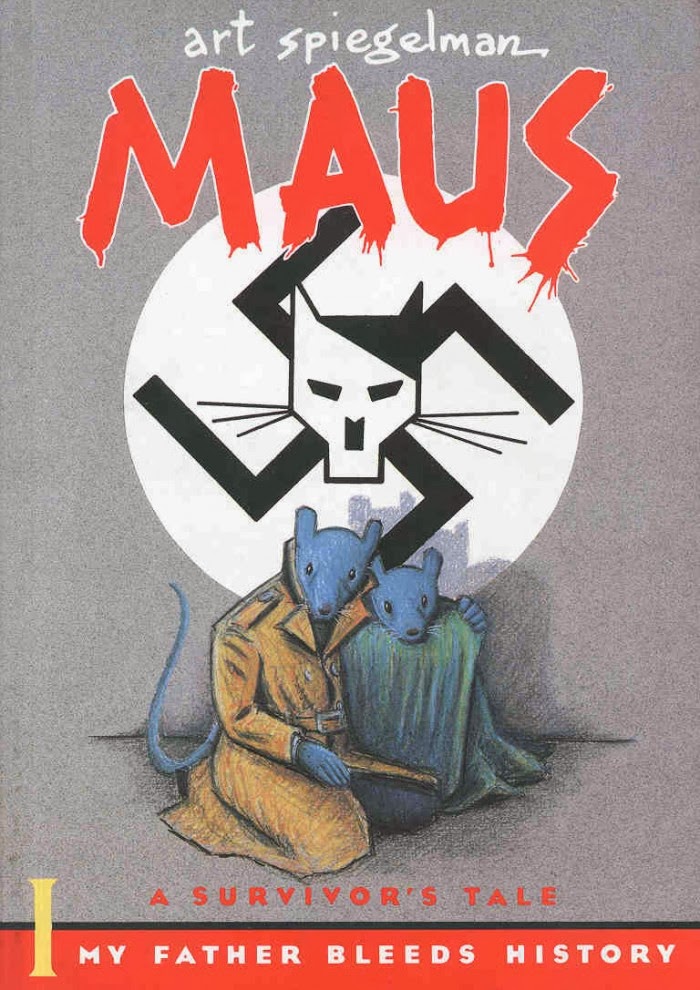 I’m sure that you all know what this book is about, but it basically follows the true story of the author’s father, who is a holocaust survivor. The book doesn't only tell the story of what happened to the father during the holocaust, but also the story of how the author actually put the book together in the first place, which is also fascinating. It is split into two books, but I read them pretty close together so I’m going to talk about them at the same time.

Although I had heard a lot about this, it sort of defied my expectations, as I was expecting that the main character would be extremely sympathetic, and he really wasn't. Of course, all of the terrible things that happened to him, his family and everyone else he knew make you feel sorry for him, but he just isn't all that likeable, which is a really interesting way to go for this kind of book, and made me like it all the more.

I also liked the way that the different nationalities/races were depicted. In the book, the Jews are depicted as mice (hence the name of the book), the Nazis (and other Germans, if I remember correctly) as cats, Poles as pigs and Americans as dogs. This makes it easy to get across how shocking it is that some of the Jewish people helped the Nazis, without having to explain it in words. It’s a nice simple idea and it works really well. Not all of the cats are evil, and not all of the mice are good, and it really gets this point across without having to over explain it in dialogue.

I don’t really have a huge amount otherwise to say about it, but it is really truly excellent, it made me cry (always a good sign), and it really brought home to me how awful the whole experience must have been. Not that I didn't already know that, but the fact that whole communities of people were completely destroyed for no reason at all is really heartbreaking, and I had never really thought about it in that way before. Even if you do survive something like that, what do you really have left at the end of it if everyone you knew and your whole way of life is gone? 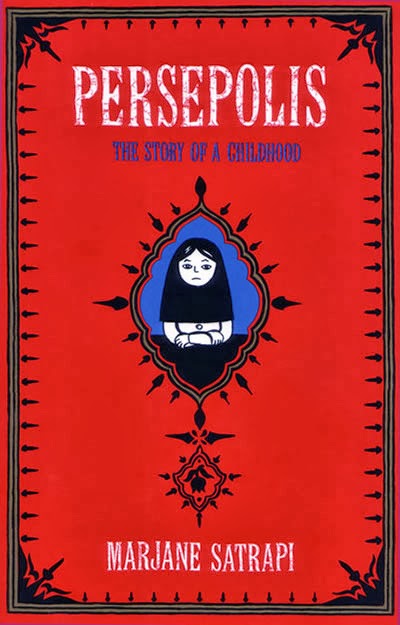 Next, Persepolis by Marjane Satrapi.

Persepolis tells the story of a girl growing up in Iran during the war between Iraq and Iran, and then her life in Vienna during her high school years. It is split into two books, the first one focusing on her childhood in Iran, and the second one focusing on what happened to her after leaving.

I REALLY liked it. I honestly knew next to nothing about Iran before reading it (apart from that my husband went there a few years ago and really liked it), so I enjoyed getting to know more about history and a culture that I had no idea about. As the first one is written from a child’s perspective, it is very easy to like Marjane. It’s very obvious that the author can remember exactly what it is like to be a child, and I can imagine myself reacting to things in the same way. So it’s easy to identify with Marjane, and she seems to be a likeable child in general. Things get slightly more problematic in the second book, when she is older and probably old enough to know better and not do some of the things that she does. Nevertheless, having lived away from all of my family and support, and tried to fit in in a culture that I don’t fully understand, I found it quite easy to relate to, and definitely did not dislike the second book as much as some other people online seem to.

All in all I would definitely recommend it, although I think that it might be best to read both books together, and not separately like I did. I ended up with some time in between reading the first and second books, so built up the second one to be like the first book but much better, when of course it is unlikely that it ever would have been.  I would definitely recommend it though, it made me think about how lucky I am to have a lot of the freedom that I take for granted.