So... seeing as I was away for so long, I figured I may as well write a post about what I was up to! Leaving out having the worst cold and most persistent cold I've ever had (because who wants to read about that?), this is what I've been up to since I stopped posting in December.

I went to my husband's home town for new year. Christmas is not really that much of a thing in Japan. Although people do celebrate it, it's more a day for couples to go on dates and for people to eat KFC (I'm not joking). The day itself isn't even a holiday! New year, on the other hand, is a huge family event. It's basically the equivalent of Christmas (or at least how we celebrate Christmas in Britain!). The whole family gets together, drinks, eats lots of delicious food (with some traditional not so delicious things thrown in for fun), and watches a lot of TV together.

My husband comes from near Hiroshima (in fact his Grandmother was living in Hiroshima when the atomic bomb fell), so we also went into Hiroshima to go shopping and meet some of his friends. And to eat Hiroshima style Okonomiyaki! Mmmm. (If you haven't tried okonomiyaki, you should, it's gooood. I'm not sure if Hiroshima style okonomiyaki is that common outside of Japan as it is difficult to make, but Osaka style is also really good and much easier to make, so probably more widely available). We ended up with time to spare, so we walked around the peace memorial park for a while, which is always nice, if depressing when you think about the reason it's there.. 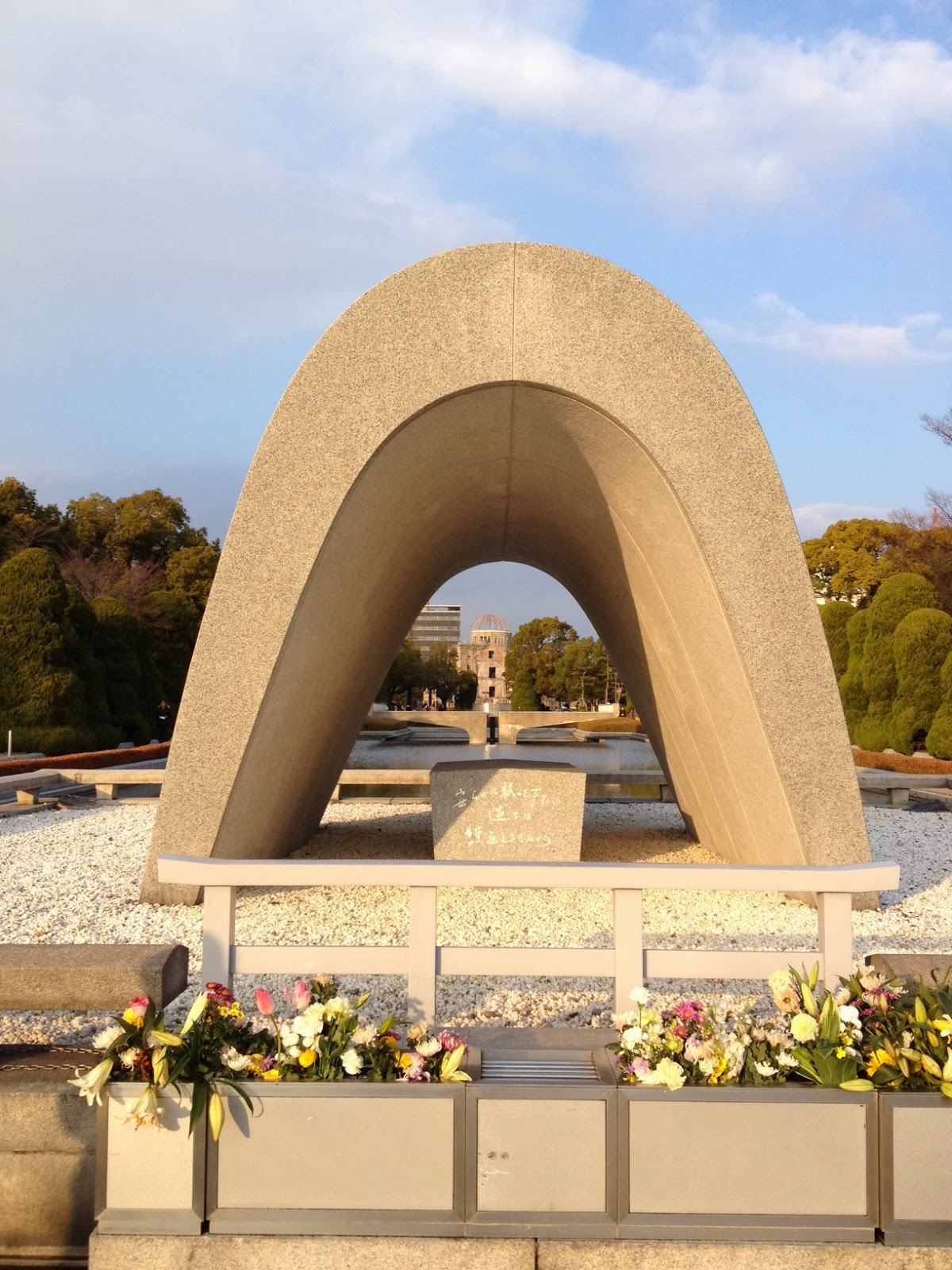 This is a cenotaph for the victims of the bomb, and if you look through it you can see the atomic bomb dome. The bomb actually exploded pretty much directly above it, which is why it's still intact, as it was pushed down rather than out. I ended up being pretty disgusted this time as when we went up to the atomic bomb dome there were people there taking pictures of themselves smiling and doing stupid poses with it, which is SO NOT THE POINT. Urgh, people.

I also went back to the UK for a couple of weeks to visit family, as my mum had a small stroke (she is okay, but lost some motor function in her hand, and isn't speaking with the same ease that she did before. She's slowly getting better though!), and work told me that if I needed time off to go back I could. So I did. Mostly unpaid time off as Japan has pathetic amounts of annual leave, but still.

I didn't do anything super exciting while I was back... I mainly helped my mum to cook and shop and stuff, but I did go to Newcastle (technically Whitley Bay) to visit my sister, which was nice! Their house is pretty near the coast, so we went on a nice walk there. Yay! 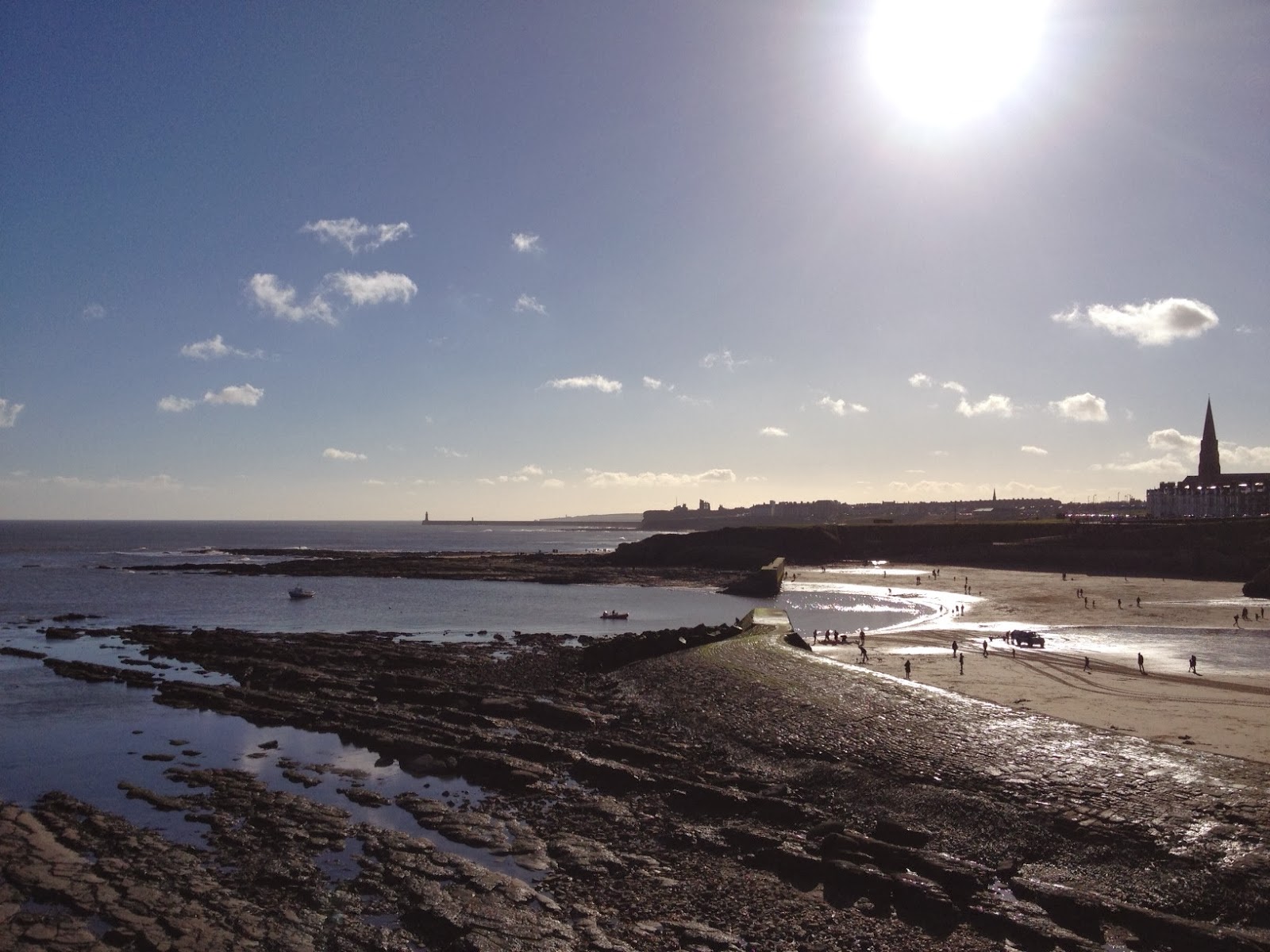 And then this last weekend (technically after I started blogging again, but meh, whatever) I went skiing with my husband and some of our friends. I've never skied before, so ended up spending a LOT of time lying on the snow rather than skiing over it, but I took a lesson and by the end was sort of getting the hang of it. Yay! It was fun! I don't really have pictures from it as I was mostly too busy skiing falling over, but here's one that I took from the ski lift so you can see how pretty it was. It's not entirely straight as I was deseperately trying not to drop anything while I was taking it, haha. 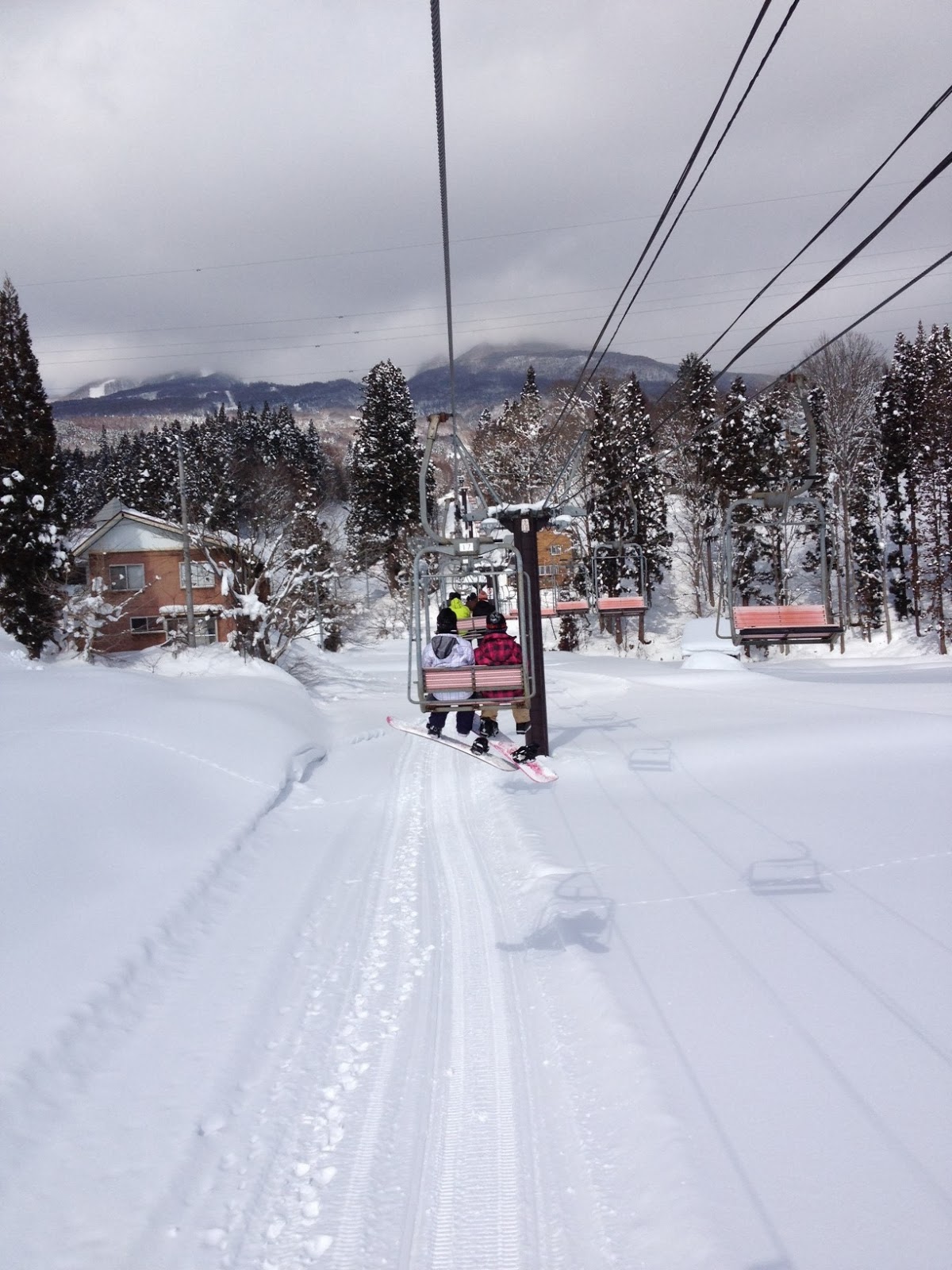 Pretty!!! Maybe not so much if you're used to snow, but I've never lived anywhere that gets a decent amount of snow so I was running around yelling SNOWWW!!!!!! the whole weekend, hehe. (Running and yelling may have only happened in my head)

And that's it! Luckily, my lack of blogging hasn't also coincided with a lack of reading, so I still have plenty of books to review...
投稿者 Jimjamjenny 時刻: 21:23