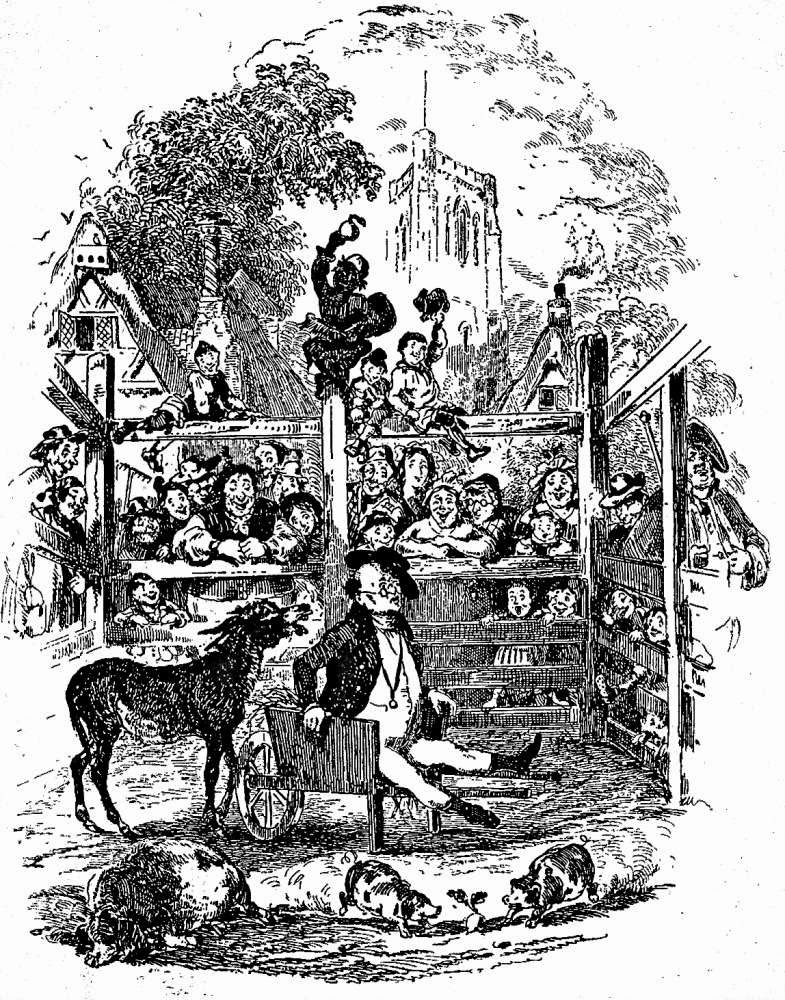 So this is going to be short and sweet as I am not feeling particularly well.

I knew that Jingle would be back! Yay, I predicted something correctly for once! (It doesn't happen often).

I enjoyed the side anecdotes more this time round (maybe because I was expecting them and was thus mentally prepared for the break in tone from the rest of the book), but I still don't really think they belong in the story, and I kind of wish that Dickens had had a much more aggressive editor.

Ode to an Expiring Frog was amazing.

I couldn't have cared less about any of the election related stuff. My eyes kind of glazed over for most of that chapter.

I liked the old fashioned mic drop at the end of the story that the old man who was obsessed with inns was telling:

As the old man concluded his tale, he advanced to a peg in one corner, and taking down his hat and coat, put them on with great deliberation; and, without saying another word, walked slowly away.

(Although to be honest I'm not sure that the story that he told warranted it, but whatever)

I left it a bit late to start reading this week's chapters, so I'm going to try and start earlier next week. I definitely seem to enjoy the book more when I'm reading at a more leisurely pace without worrying that I'm getting behind.

I will have a more substantial post next week, I promise!
投稿者 Jimjamjenny 時刻: 20:51