Lies We Tell Ourselves by Robin Talley

I sort of forgot that I was going to post about this separately, and now it has been a little bit too long since I initially read it to write anything coherent about it (and as I have said before, I don't really take notes), but I do think that it deserves more than what I wrote in my January round up, so... here goes! 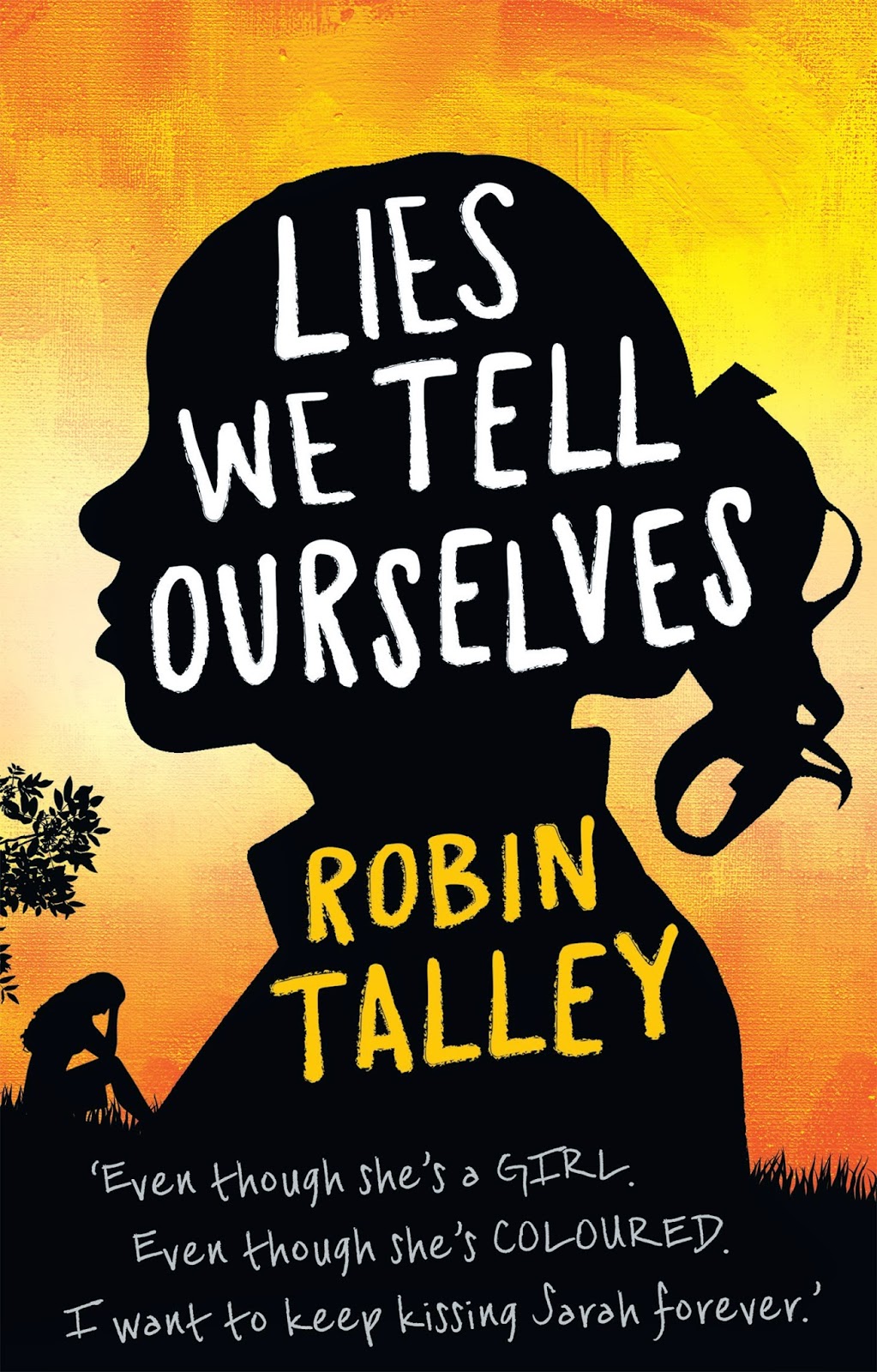 In 1959 Virginia, the lives of two girls on opposite sides of the battle for civil rights will be changed forever.

Sarah Dunbar is one of the first black students to attend the previously all-white Jefferson High School. An honors student at her old school, she is put into remedial classes, spit on and tormented daily.

Linda Hairston is the daughter of one of the town's most vocal opponents of school integration. She has been taught all her life that the races should be kept "separate but equal."

Forced to work together on a school project, Sarah and Linda must confront harsh truths about race, power and how they really feel about one another.


Although it has been a while since I read this, I still have very strong memories of the contents of the book, even if it isn't enough to talk about it in detail. The main impact that this book had on me was through its portrayal of how difficult it was for the black students in the book including Sarah to integrate into this all-white school. One of the earliest scenes in the book is of the students going to school for the first time, and just seeing the abuse that they put up with for it made me feel so sad. And disgusted. It was one of those things where I know the history (although not in a great amount of detail - I am British, after all) but I had never really imagined what it would actually be like to experience it. This is one of my favourite things about books, because I think you can learn about the history all you want, but you'll never get close to how you feel when reading a book that actually puts you in the shoes of the protagonists.

(This isn't really related to this book, but I had a similar experience going to the Hiroshima Peace Memorial Museum recently. I know quite a lot about the history to do with it, have heard personal accounts as my husband's grandma was actually a victim of the bombing (although luckily she escaped with superficial wounds and no other side-effects that we know of) and have actually been to the museum before and could remember how it made me felt, but actually going through the exhibits and seeing pictures of some of the victims after the attacks and seeing objects that were left behind really brought home to me how horrific it was. If you are ever in Hiroshima you should definitely go, but be prepared to feel very very very very very sad.)

I also think the book does a good job of exploring Linda's point of view. She could easily just become the object of hate in a book like this, but I completely understood why she thought the way that she did (while completely disagreeing with her thoughts!), and I think she definitely has the biggest journey in the book and it is fascinating to see how Sarah influences her thinking about pretty much everything she thought was set in stone.

Sarah and Linda's feelings towards each other are a big part of this book, and thinking about it, although I have read plenty of books with male characters questioning their sexuality, this may be one of the first with female characters doing it (which shocked me quite a bit when I realised!). So that was interesting for me (and is also making me think that I really need to read more LGBTQ fiction), and I think that it was done pretty well. One of the things that can annoy me about historical fiction is where female characters act the same way that modern women, who are lucky enough to be able to take for granted a lot of the freedoms that women didn't have in the past, would in the same situation. And thankfully this wasn't an issue here, the whole book seemed to me to be a realistic portrayal of how that situation actually would have played out at the time.

The book was very easy to read although the subject matter was difficult at times, and if you are even slightly interested in the premise I wholeheartedly recommend it!
投稿者 Jimjamjenny 時刻: 14:09