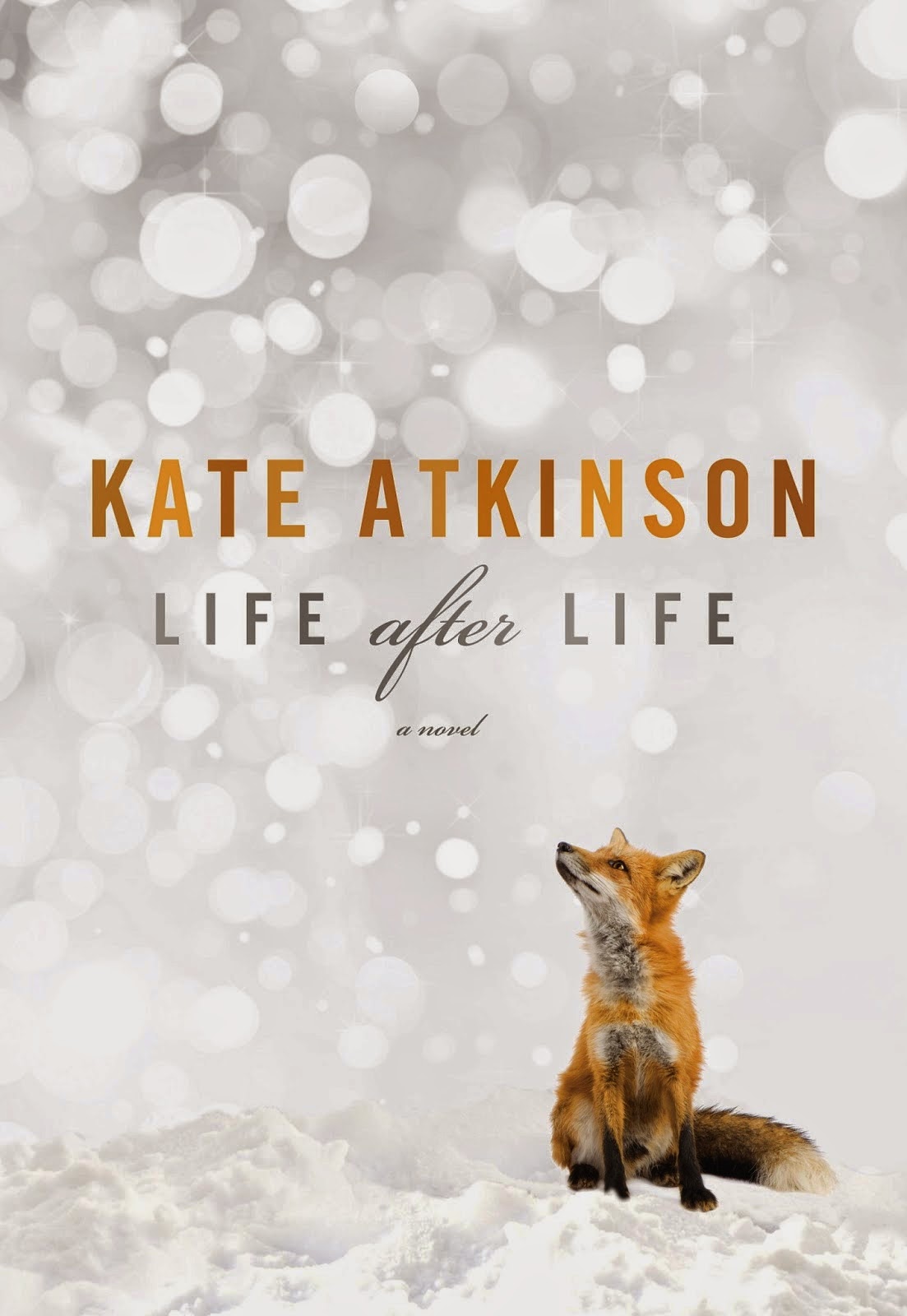 I think that the whole blurb on this book is slightly misleading (more on that later), but here it is anyway:

What if you had the chance to live your life again and again, until you finally got it right?

During a snowstorm in England in 1910, a baby is born and dies before she can take her first breath.

During a snowstorm in England in 1910, the same baby is born and lives to tell the tale.

What if there were second chances? And third chances? In fact an infinite number of chances to live your life? Would you eventually be able to save the world from its own inevitable destiny? And would you even want to?


The first time I heard about this book I knew that I wanted to read it. Not only did I find the premise fascinating, but I am also interested in how ordinary people reacted to World War II. I have also really enjoyed other books by Kate Atkinson

I was not at all disappointed by the book - I found it really interesting seeing her go through Ursula's (the main character) life, and seeing how she not only learnt from each life how to stop herself from making mistakes, but also how she grew as a person.

One of the most interesting things about the book for me was the fact that due to the nature of the story, Ursula is able to personally see World War II from a lot of different positions - from being an ARP warden, to being a normal person, to.. other things that are potentially too spoilery to mention here.

I also really loved the fact that there were so many strong female characters in the book. Not only Ursula herself, but her sister Pamela, her aunt Izzie, and even her mother. Not all of them are likeable all of the time, but they show the kind of restrictions that women had at the time, and Ursula herself some times does exactly what women of the era were expected to, and at other defies the conventions.

In general, I had a few issues with the ending (see below), and the way that the book is presented, but I really enjoyed reading it, and would recommend it to anybody who likes books set around that era, or finds the premise interesting. Just be warned that the first section is slightly misleading, and that the ending may not be to your taste.

The end of this post goes into spoiler territory, so consider yourself warned!

The first part of the book shows Ursula confronting, and possibly shooting Hitler. Which makes it seem like the whole book is leading up to that, but it REALLY DOES NOT. It's a pivotal moment in the story, sure, but it makes it seem like Ursula is much more aware of what is happening than she is, and makes it seem like she forms this grand plan to kill Hitler before he has a chance to do anything. I just think it's completely misleading, and could lead to people potentially being disappointed with the book. I had heard before reading this that it is really not a particularly big part of the story, and I'm glad that I did, it made me more able to enjoy the book for what it was.

And the ending... I just found it a bit confusing, to be honest! I have tried looking online for theories as to why the final chapter is what it is, but I couldn't find anything particularly satisfactory, and it seemed to me like the author had a bit of a... AHH I HAVE NO IDEA HOW TO END THIS BOOK! moment, and just ended up doing something that would be seen as some as sort of mysterious and deep, but just kind of annoyed me. I don't mind there being some mystery left at the end of a book, but I just found the last few sections completely confusing. I think that it might fare better if I reread it, but I just wanted something slightly more satisfying than what was there. Still, I did really like the rest of the book, so I'm not going to let the last few bits spoil my enjoyment!

..Maybe I need to start reading the ending first, so I can know what to expect before reading the rest of the book? But I hate spoilers so much, I don't want to go out of my way to spoil myself... hmm...
投稿者 Jimjamjenny 時刻: 20:30