I had really high hopes for this… and to be honest, they weren’t really met. I read a few reviews online of it after reading (to check that I hadn’t just been idiotic and not understood it or something!) and they point out that the main character, Guy Montag, fluctuates wildly from being intelligent and acting logically to being a complete idiot. The ideas in it were interesting, but I just really didn’t enjoy the way that the story unfolded or how it was written, or how it ended. Sigh! I might try more of Ray Bradbury’s stuff though, just to see if I had wayyy too high expectations for this! (I feel this way about a lot of older science fiction/dystopian fiction - the ideas are interesting, but something about the way that it is written puts me off. Not that it was written badly, but.. the character development and the plot just lack something.)

Mind you, as I always do with books like this, I don't feel like I wasted my time reading it. Yay!

I enjoyed this, although I’m glad that I read it after the hype had died down, as I think I might have been disappointed if I had gone in expecting more. I felt like most of the characters weren’t really that likeable, so if that’s an issue for you this might not be the best book to read. It’s well written, but I did feel that there was something… lacking, although it’s hard to put my finger on what exactly. I would like to read The Engagements, which has a more interesting sounding premise!

The Notable Brain of Maximilian Ponder by J.W. Ironmonger

I LOVED THIS! It was fun, quirky, and of personal interest to me, as the two main characters, Maximilian Ponder and his friend, Adam Last both spend some of their childhood living in Africa, and my Granddad also lived in Africa as a child, (although a few decades earlier than the story is set).  I highly recommend this to anyone who wants a fun, interesting read. Yay! 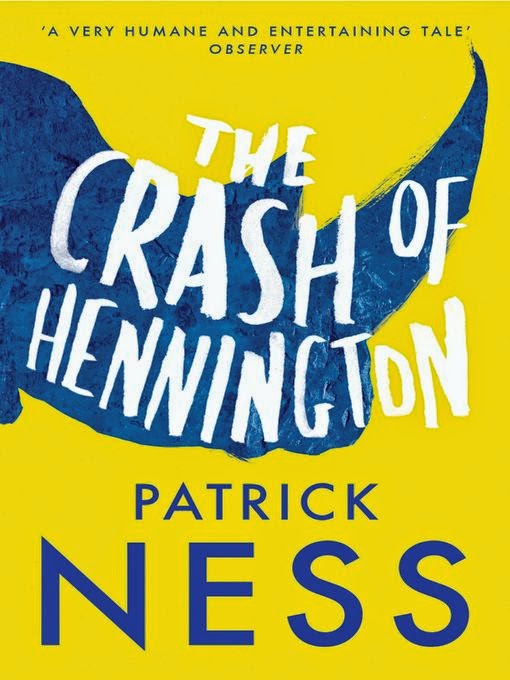 The Crash of Hennington – Patrick Ness

Yup, more Patrick Ness! Haha. This is his first novel, and is not YA. I really enjoyed the characters, and the idea of a herd of Rhino just wandering through a city, but I feel like it might have been a bit too overly complicated for its own good. I was forced to take notes to keep up with who everyone was! I also didn’t care that much for the ending… there wasn’t anything wrong with it per say, but I think it could have been more interesting. I enjoyed every second of reading the book though, which isn’t always the case!
投稿者 Jimjamjenny 時刻: 21:30