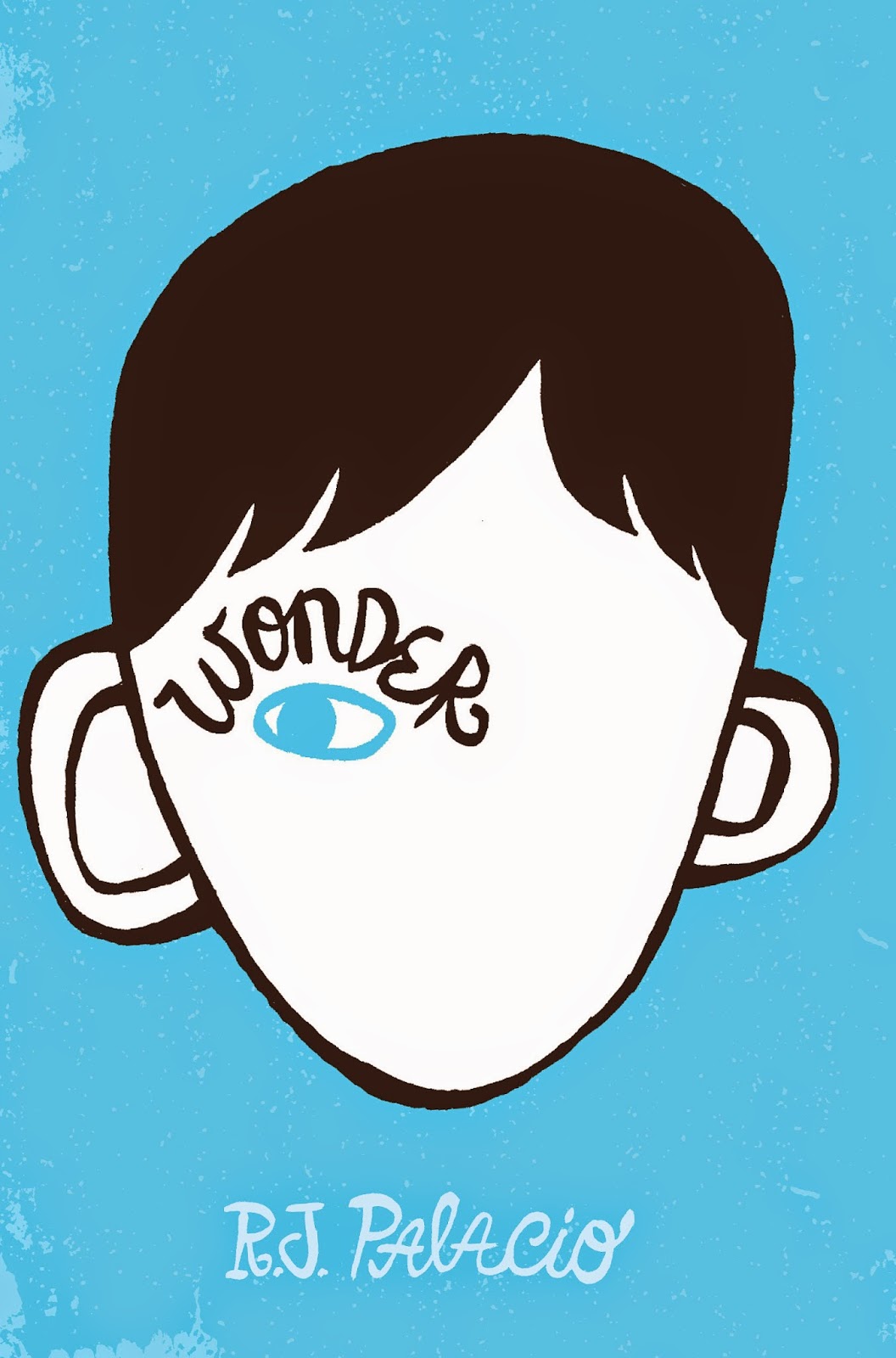 'My name is August. I won't describe what I look like. Whatever you're thinking, it's probably worse.'

Auggie wants to be an ordinary ten-year-old. He does ordinary things - eating ice cream, playing on his Xbox. He feels ordinary - inside. But ordinary kids don't make other ordinary kids run away screaming in playgrounds. Ordinary kids aren't stared at wherever they go.

Born with a terrible facial abnormality, Auggie has been home-schooled by his parents his whole life. Now, for the first time, he's being sent to a real school - and he's dreading it. All he wants is to be accepted - but can he convince his new classmates that he's just like them, underneath it all?

Since discovering that the internet is an amazing place to talk about books, and starting listening to bookish podcasts, I have heard SO MANY good things about this book, and have wanted to read it for a while.

Not only did I really like it, but I think that it should be compulsory reading, not only for young people, but for adults as well. It is aimed at the 10 to 13 age range, which means that the writing style is fairly simplistic, but in spite of that it does a good job in showing how August's appearance not only affects him, but affects everyone around him, without making him into an angel who can do no wrong.

One of the ways in which it does this is to have a range of people narrating the story - it starts off being told by August, but then moves through some of the other characters in the story, including his sister and the friends that he makes at school. I found Via's (his sister) viewpoint to be one of the most interesting, as I know people who have been in similar situations. It showed how difficult it must be to cope with having somebody like August in your family, and how to deal with the fact that your parents are, completely understandably, going to end up spending more time and energy dealing with that sibling than they are going to be able to spend on you.

Although I try not to be judgemental, and to put myself in other people's shoes, I definitely do not manage it half of the time, and this book really made me think hard about how much I make assumptions about people that I don't really know, and how, although I feel (and hope!) that I am a good person at heart, there is little point in that if I actually lack the courage to act for fear of what other people think of me.

I think (and hope!) that this book will stick with me for a long time!
投稿者 Jimjamjenny 時刻: 20:00